The richness of Turkish cuisine  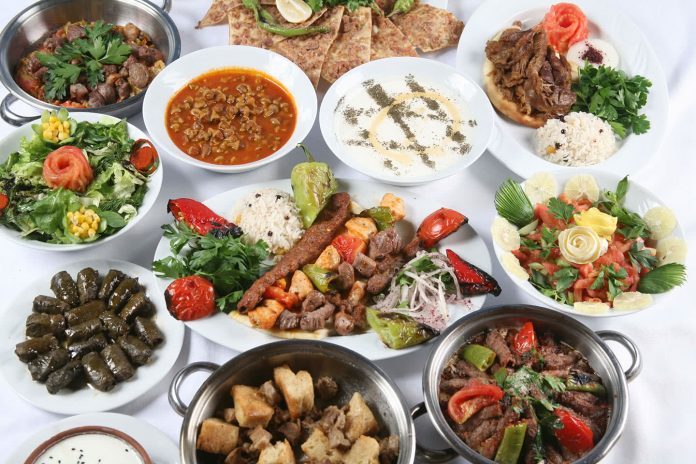 Turkish cuisine is one of the most varied in the world. It is at the crossroads of oriental, Mediterranean and Asian gastronomy. This reflects the geographical location of the country, at the crossroads of continents, Turkey is a civilizational crossroads which has been able to enjoy and keep the best of the influences it has known.

Considered the third richest gastronomy in the world after French and Chinese cuisine, it will delight all palates. It is also due to the abundance of the country’s natural resources that Turkish cuisine has been able to shape itself: Turkey is a pioneer in the field of agri-food and agriculture occupies a large part of the economy.

Turkish gastronomy is an art: it has particular methods of preparation, an order of service and unique utensils. Also, the way of sitting down is important.

The best local specialties to taste in Turkish cuisine

Exploring the Turkish cuisine, enjoying a meal with friends or family, or finding a colorful local market to buy fresh produce: all these little things are sure to make your vacation memorable.

Turkish breakfasts and feasts of meze (traditional appetizers) are the norm here. But this region is also known for its fresh fish, such as grilled sea bass, sea bream and sardines, its olives and olive oil, and its aromatic herbs which grow in abundance in the marine environment, such as mint, radiccho, bostan şevketi (blessed thistle), parsley and dill.

The many varieties of fresh fruits and vegetables grown in the region sublimate the outdoor markets. The Aegean coast produces 75% of Turkey’s olives. It is therefore not surprising that the region specializes in vegetable dishes known as “zeytinyağli yemekler”, cooked in olive oil. If you go there in summer, be sure to try Kabak Çiçeği Dolması (stuffed marrow flowers).

Besides olive oil, there is another specialty of the Aegean coast to taste: its wine. The first traces of viticulture in ancient Anatolia date back to 7000 BC. AD and today, Turkish vineyards produce several varieties of wine with local grapes. The Urla region has a distinctive terroir and is proud to feature several award-winning, high-quality wines from top-notch wineries.

It is no coincidence that the most important temple in Anatolia dedicated to Dionysus, the god of wine, is located on the Turkmen coast, in the ancient city of Teos in Izmir.