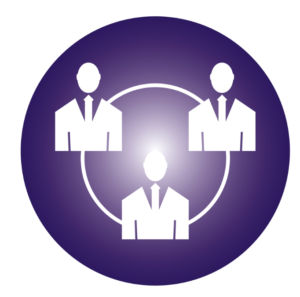 Inane Gurbuz, Executive Manager EMEA of Azkan Group and professional coach in Turkish Management, shares an excerpt « multiple network in Turkey » from his book « Doing business in Turkey: a guide to success »

An individual may belong to several different networks at once. The example below, presents the main circles of influence that are most common in Turkey.

And, in general, a Turk will be linked to these circles of influence for life: their future, their professional career, and their reputation depend upon them.

The foundation: Family and home region

The family circle is the primary network a person belongs to. Moreover, the notion of « family » takes on another dimension in eastern countries: parents consider themselves responsible for their offspring throughout their lives, from childhood through to marriage and beyond. A Turkish father’s word overrides everything else, and a child must obey and comply. There are many examples of marks of respect between father and child: for example, a child must never contradict their father in public. In some conservative families, achild will also avoid smoking in front of their father, in sign of respect.

In short, coming from a well-known and wealthy family has many advantages.Hence the question « Do we need to prove ourselves to gain status or is it attributed to us by others? »In Turkey, the notion of attributed status is deeply engrained. Coming from a renowned family will always accelerate your professional success.

Regional identity : an aspect of multiple network in Turkey

Regional identity comes next after the family network (they are all included in the multiple network in Turkey that all businessman should have. Turkey is divided into 7 regions,each of which has its own personality: a distinct dialect, a local accent, culinary traditions, greater or lesser respect for elders… So when two Turks meet for the first time, one of the first questions they ask will be « Nerelisiniz? »(Translation: »Where are you from? » meaning »Which town? »). Then, immediately after, they will ask « Içinden mi? »(Translation »From within it? » meaning “Do you come from the town itself or its surroundings?”).

In short, the region and town of origin is the first network that Turks join when they arrive in a new town. This link will follow them throughout their life and if it turns out that the person they are talking to has common origins…jackpot! As « distant cousins » they should help each other! Especially as they regularly call on the same networks and the same patrons. If one of them comes into trouble, an alert signal will be sent out through the network.

For example, my father is from the small town of Adilcevaz near thecity of Van in the far east of the country. Whenever we go to Izmir, from where my mother is from, I become aware of the extent to which the « Adilcevazlis » there all know each other. Even within the third largest city in Turkey, their regional identity has not faded. Instead, they all live in the same neighbourhood and don’t hesitate to call on regional solidarity for housing, obtaining loans at preferential rates, and so forth.

Even if they haven’t all had the same social success, a network still exists and the door is always open to all Adilcevazlis.