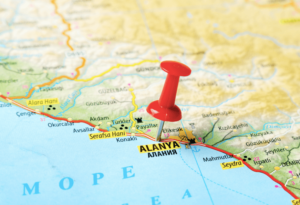 Inane Gurbuz, Executive Manager EMEA of Azkan Group and professional coach in Turkish Management, shares an excerpt « Network dynamics in Turkey » from his book « Doing business in Turkey: a guide to success »

« So, is he creditworthyor not? » said a man on the phone in the Havas shuttle bus that was taking us from Taksim Square to Istanbul’s Ataturk Airport. Over the journey, I was acurious eavesdropper to his conversation. In fairness, he was sitting right behind me: even with my poor hearing, I didn’t need to concentrate to hear it all.

It was an agricultural equipment dealer,trying to decide whether or not to allow a potential customer to make a deferred payment. Incidentally, in Europe and even in Turkey, you mustcheck withthe bank or a credit company to confirm the creditworthiness of a third party. However, it turned out that our mysterycustomer did not meet the criteria for these institutions and was using other sources of influence: the important networks he was a part of, his contacts, and his stepfather! Suddenly, my fellow passenger was talking on the phone to his lawyer to check these claims. In less than five minutes, he knew the customer’sgenealogy and heritage. And it turned out that the potential customer was the son-in-law of a landowner from the town of Yesilhisar near the city of Kayseri who had amassed a fortune over the last thirty years. But this son-in-law, who was recently married, was just at the beginning of his business career, and as an individual, he could offer no financial guarantees. The answer to the question posed at the beginning of this story was therefore « no. »

A businessman should create network dynamics in Turkey

The sense of hierarchy and the roleeach person has in a group is very clear, like in a military organization with a commander and his troop of soldiers who must obey his orders. The commander gives directions, and the troops obey without question. At a national scale, this same structure is observed in companies between amanager and their team, aswell as within Turkish families: the father represents the family and deserves deep respect. Each member of a company or family has a clearly defined place and role.

In other words, Turkish culture attaches great importance to the status attributed to individuals : their age, education, and occupation will be more important than their actual achievements. The importance of seniority of ageis reinforced by the notion of respect for others. And Turks expect foreigners in Turkey to accept this hierarchy and not to question it. So, network dynamics in Turkey is very important.

In the professional world, it is customary that a team or company is represented before third parties by the eldest person. Sending a talented young man to negotiate with somebody far their seniorwould beseen as insulting.