The foundations of national identity in Turkey 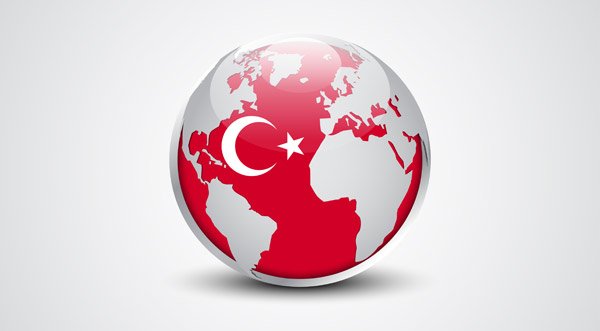 Inane Gurbuz, Executive Manager EMEA of Azkan Group and professional coach in Turkish Management, shares an excerpt « The foundations of national identity in Turkey » from his book « Doing business in Turkey: a guide to success »

« I’ve worked with people from many different countries, but I’ve rarely seen such a strong sense of pride as inour Turkish colleagues. » This was the first impression of the Turks experienced by a human resources director at a multinational company, a European leader in the metal industry.

But this high self-esteem is not a sign of misplaced pride. The Turks are proud of their history, their civilisation, their flag, and more recently, their economic success. Turkey is one of the only countries in the world to have always remained independent. Especially as modern-day Turkey is heir of the Ottoman Empire (1299-1923), which ruled the world for six centuries and the equivalent of 35 states based on the current world map. Without high levels oftolerance and impeccable administration, the Empire could never have enabled so many minorities to live alongside each other for 600 years.

It is the combination of all these dynamics that explains this high self-esteem.

Turkish history: From the Ottoman Empire to Atatürk and the present day

The Turks have played a major role in world history, particularly over the last millennium.

In the fifteenth century, the conquest of Constantinople by Sultan Mehmed the Conqueror, created a cataclysm in the Christian world. In parallel, it also had the dual effect of drivingGreek intellectuals to Italy, the forerunners of the Renaissance, and of challenging Portuguese navigators. Because of the Ottoman rule in the Middle East, Portuguese navigators were forced to bypass the Middle East by the sea. And as a result, Vasco da Gama reached India and Christopher Columbus, America.

The Seljuqs at the origin of the Ottoman Empire

The Turkish people did not originate from Turkey. They originated from the borders of modern-day Mongolia. Over the centuries, these nomadic warriors crossed the Ural-Altaic steppes, becoming more and more powerful until they arrived in modern-day Anatolia.

Descendants of the Turkic Oghuz tribeoriginating fromthe north of the Aral Sea, the Seljuqs from Central Asia, ruled the Oghuz kingdom from 990 AD.

The defeat of Sultan Ghiyath al-Din Kaykhusraw II by the Mongols in 1243 andproblems of succession, resulted in the weakening of the sultans’ power over the Turkmen tribes charged with protecting the bordersof the Byzantine Empire, shattering it into autonomous Beyliks.

While the first Turkish sultanate of the Seljuqs was in disarray, one of the Oghuz tribes was gaining power under the reign of Osman I. In 1299, Osman conquered the Byzantine town of Bilecik. This date marks the start of the Ottoman Empire and the creation of the first real Ottoman army. By the time he died in 1326, Osman I had conquered several other Byzantine towns and strongholds, as well as some neighbouring Turkish principalities.

1453: The fall of Constantinople

In 1453, Constantinople fell to Fatih Sultan MehmetHan,better known as Mehmed the Conqueror. The Pope denied Emperor Constantine XI Palaeologus a crusade because of his refusal to unify the two Orthodox and Catholic Churches. As a result, he was besieged by the Sultan.

The Sultan brought his boats into the Golden Horn by pulling them overland to attack the city from within. This established the domination of the empire over the predominantly Christian part of the eastern Mediterranean. For historians, this date symbolizes the end of the Middle Ages and the Byzantine Empire.

Constantinople thus became the first city in the world to have been the capital of three empires: the Roman Empire in the East, the Byzantine Empire, and the Ottoman Empire.

The foundations of national identity in Turkey/ Turkish economy: The golden age since 2003

Turkey is the 16thlargest economy in the world, with an average growth rate of 6% between 2003 and 2013 and peaks of 9% (a world record ahead of China in 2004 and 2010): Turkey has remarkable statistics andall this, in the space of in less than ten years!

With a population of 76 million inhabitants in 2015, it is an advisablecountry in which to invest over the next twenty years. Just after the BRIC countries (Brazil, Russia, India, and China), Turkey is regularly cited along with Mexico, South Africa, and Indonesia. It has now become one of the key destinations in the region for direct foreign investment.

The signing of the Customs Union with the European Union in 1996 was a major factor, allowing Turkey to become exempt from import and export duties and taxes on industrial goods. Turkey thus became economically European.

Turkey is among the world’s top economiesin a variety of sectors:

– 6thlargest cement producer in the world

– 2ndlargest jewellery exporter in the world

– 2ndlargestconstruction industry in the world

– 1stboron producer in the world

With a young and dynamic population—60% of the population is under 35—Turkey is now launching itself inprojects of monumental size:

– The development of a parallel channel to the Bosphorus Strait

A final illustration of Turkey’s economic power is the emergence of companies that are highly influential in their industry at a worldwide level. As such, Turkish Airlines has become the backbone of the Turkish economy. Its aim is to become one of the top ten airlines in the world by 2023.

Moreover, the year 2023 is inscribed in the calendar of the Turkish government. It will mark the one hundred year anniversary of the Turkish Republic with the objective of becoming one of the top 10 world economies.

In most Western cultures, admitting one’serrors is seen as a form of professionalism and objectivity before one’s colleagues. So we try to be honest in our approach to events.

However, in Turkey, this will damage your credibility!

To gain your business partners’ trust, it is important that you show yourself at yourvery best, both in terms of appearance (impeccable presentation and attire) and character. For the latter, it should be noted that the Turks do not approve ofweaknesses in leaders.

In Turkey, admitting one’s mistakes is seen as a sign of weakness. If you lose your Turkish business partners’ respect, you have lost face…

You must therefore constantly demonstrate self-sufficiency and have a confident attitude when negotiating in Turkey.