The amazing story of the « eternal wine » that intrigues Turkey 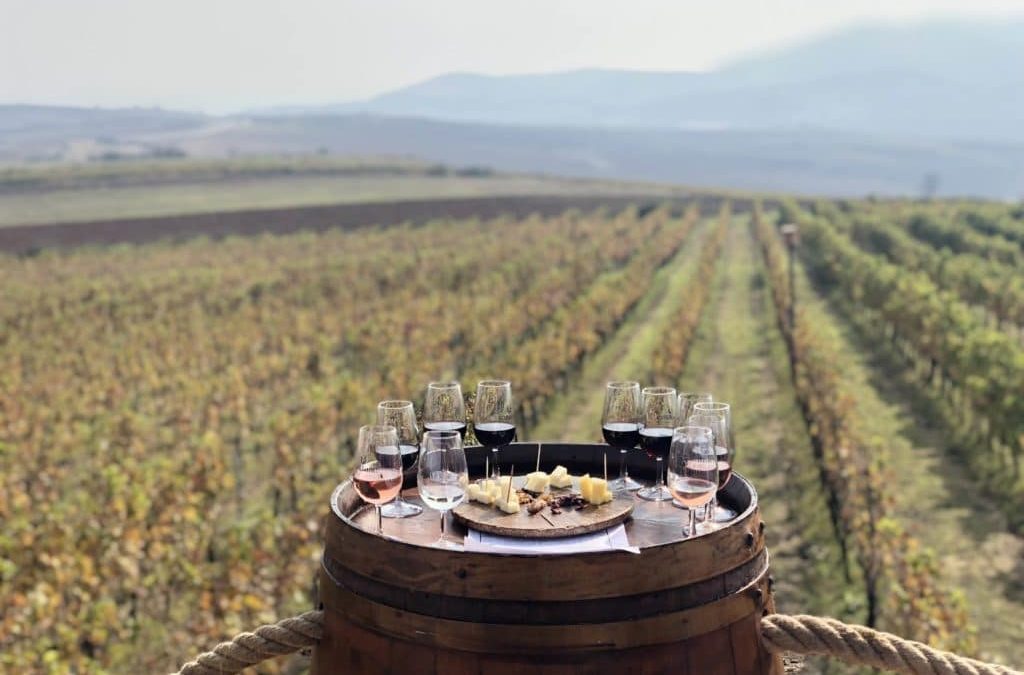 Produce wine in Turkey : « Becoming a winemaker and reviving the Assyrian culture that was disappearing was my childhood dream ».

Villagers working in the vineyards of Yuhanna Aktas in southeastern Turkey now know exactly what the sweet grains of the Mazrona grape are used for: with success coming, the Assyrian winemaker no longer needs to hide to produce its wine. Coming from the Assyrian Christian minority of Midyat, about fifty kilometers from the Syrian border and not far from Iraq, Aktas had to fight to be accepted by his Muslim neighbors and the Turkish authorities, who see a bad eye selling alcoholic beverages.

« Becoming a winemaker and reviving the Assyrian culture that was disappearing was my childhood dream, » says Yuhanna Aktas, 44, near the vats set up in her native village of Beth Kustan, 30 km from Midyat. In the province of Mardin, where Midyat is located, there are hardly more than 3,000 Assyrians left, a consequence of the discrimination and violence that has pushed most of them to leave for Istanbul or Europe. From 700,000 under the Ottoman Empire, there are only 15,000 Assyrians in all of Turkey.

The departure of this community in Turkey, which some archaeologists claim invented wine 2,700 years ago, has dealt a severe blow to this activity. Also, when Yuhanna Aktas wanted to establish his first production site in 2009, he had to face death threats, red tape and, above all, opposition from the inhabitants of the region. « Workers didn’t want to work for me, peasants refused to sell me their grapes, swearing that wine in Turkey is forbidden by Islam, » he recalls.

But his perseverance and ultimately the success that now allows him to sell some 110,000 bottles a year throughout Turkey, changed the game. « Farmers who used to tell me ‘I’d rather throw away my grapes than sell them to you’ are now those who offer to supply me, » he smiles. The key to success: choosing local grape varieties – like this mazrona harvested in late harvests, whose taste is reminiscent of Alsatian and very fragrant gewurztraminer.

And work in organic farming, entirely natural fermentation, without adding yeast or sulphites to prolong conservation. « Other wines can cause headaches because of sulphites: that will never be the case with ours », he assures. Faced with growing demand, Yuhanna Aktas launched a second production site in her native village.

As in other Assyrian villages in the region, most of the families originally from Beth Kustan now live in Europe and the United States. In the early 2010s, democratization reforms and the promise made by President Recep Tayyip Erdogan, then Prime Minister, to return property looted from Assyrians had raised hopes of a return to the country.

« Several Assyrians prepared at that time to return to Turkey. They renovated their houses in ruins. But some saw that their land had been confiscated by the state or neighboring villagers. These problems continue today », assures Ayhan Gurkan, President of Assyrian Culture Association of Midyat.

Many Assyrians were killed in 1915, on the sidelines of the Armenian genocide carried out by the Ottoman authorities during the First World War and which had ended up affecting all Christian minorities. Subsequently, the survivors and their descendants gradually left Turkey, particularly in the 1980s and 1990s due to clashes between the army and the Kurdish rebellion in the southeastern regions.

The hardening of the Turkish authorities towards the opponents and the Kurds after the failed putsch of 2016 has finished extinguishing any hope of return. More recently, fears of further persecution were aroused with the 2020 disappearance of an Assyrian couple in Sirnak, near the border with Iraq, and the conviction of an Assyrian Orthodox priest for « aiding a terrorist organization « .

« Returns to villages are now suspended, » says Yuhanna Aktas, himself prosecuted for his political activities in organizations close to the HDP (People’s Democratic Party, pro-Kurdish opposition). Added to these pressures are the restrictions placed on the sale of alcohol by the authorities. Since Mr. Erdogan’s Islamo-conservative party came to power, taxes on alcoholic beverages have jumped 300% and the sale of alcohol is subject to time restrictions.

In May, it was even completely banned during the 17 days of confinement decreed to stem the Covid-19 pandemic. « Today, alcoholic beverages are living their golden age in Turkey. The bans have generated a counter-reaction. Sales have exploded, » says the winemaker. Passionate about wine, he intends to draw inspiration from its rebirth in the region to do the same with Assyrian culture in Turkey. “Crushed, the grape dies during vinification,” he explains. « But only to begin his eternal life through wine. »