Why a Turkish restaurateur tried to send a kebab into space ? 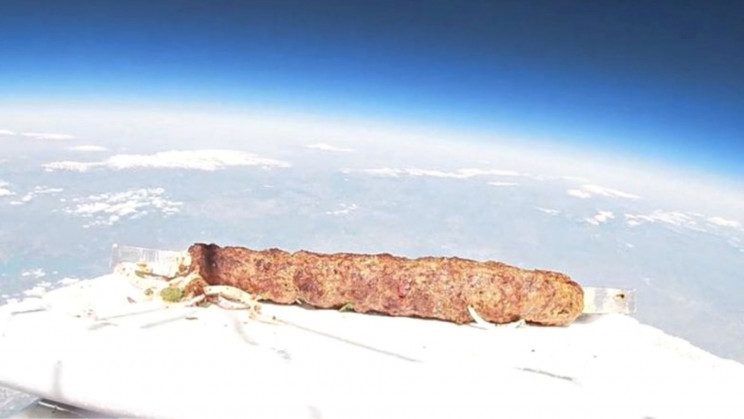 The Kebab sandwich fell back into the Mediterranean Sea after rising 40 km above Earth.

To celebrate the 61st anniversary of the first manned space trip, made by cosmonaut Yuri Gagarin on April 12, 1961, a Turkish restaurateur decided to send a kebab into the stratosphere. According to the Huffington Post, the meal took off on April 9, 2022 from Adana in southern Turkey.

40 km altitude for the kebab

The sandwich rose to about 40 km altitude then the balloon burst and the meal came back down to Earth. It then fell back into the Mediterranean Sea 121 km from the take-off point. Thanks to the tracking device attached to the package, the restorer was able to recover everything without difficulty. The trip took about three hours.

According to local media, who confided in the Reuters news agency, the Turkish restaurateur would have indicated that he wanted to deliver worldwide, not without humor. A new launch is planned soon. Astronauts on the International Space Station will have to wait before biting into a kebab. The ISS is located 400 km above our heads…

A job with an aerospace company

The attempt was carefully prepared. The box that contained the kebab was designed to withstand space weather conditions. A camera and a GPS tracker had even been installed. The restorer assures that he was able to work in collaboration with an aerospace company.

Unfortunately, the helium balloon carrying the kebab exploded after five hours of flight, 38 km above sea level. The kebab finally landed in the Mediterranean. According to the Huffington Post, the kebab would have been recovered by the team in charge of the project.