Payroll in Turkey and employment contracts 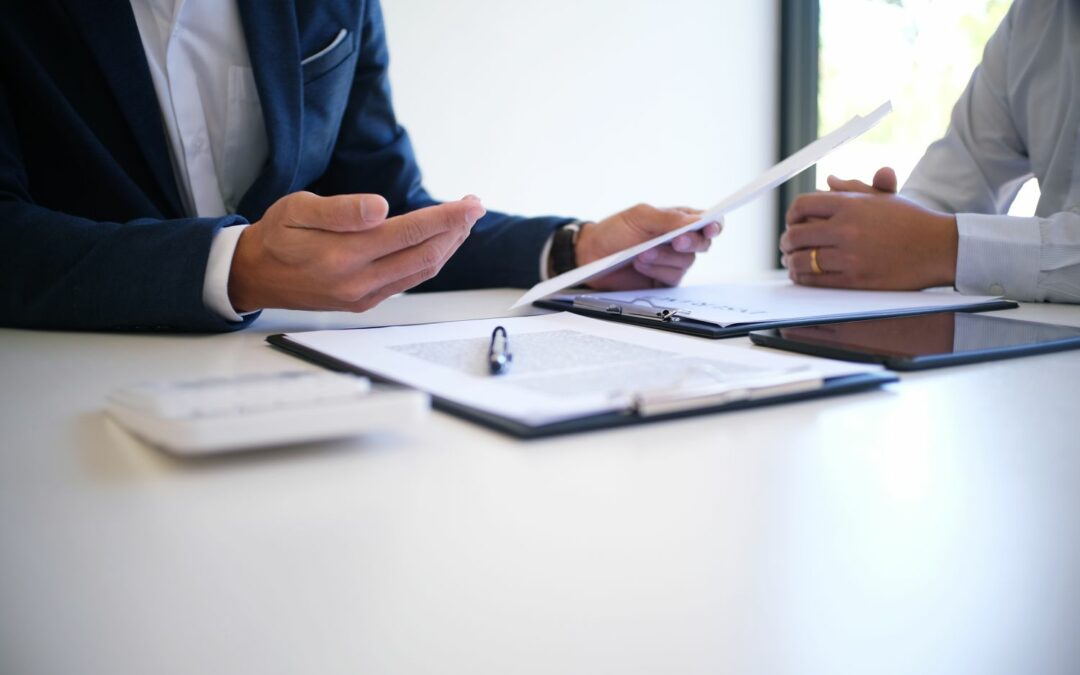 Before you start looking for a Payroll contractor in Turkey, it is important to know the different employment contracts existing in this country.

The concept of equivalent worker mentioned in the above explanations is defined in the law as a worker who is employed in the same or similar work in the workplace with an indefinite-term employment contract in Turkey. If there is no such employee in the workplace, the employee who is employed with an indefinite-term employment contract undertaking the same or similar work in a workplace that meets the conditions in that line of business should be taken into consideration.

In addition to the general regulations mentioned above, Article 13 of the Law and Article 14 of the Regulation on part-time work to be carried out after maternity leave or unpaid leave, a special regulation is included in which it is possible to make a specific employment contract regardless of the type or duration of the work performed. Clearly

Since the conclusion of a fixed-term employment contract in Turkey depends on the existence of objective conditions, it is necessary to mention some issues in this context. The first of these is the issue of being a foreign worker. Accordingly, being a foreigner is not accepted as an objective reason for the workers working in Turkey to conclude fixed-term employment contracts. In this regard, even the duration of the work or residence permits of the worker is not important.

Another issue is the employment of Turkish workers in foreign countries. Accordingly, the fact that these workers are employed abroad in accordance with the contracts signed through the Turkish Labour Institution and the duration of these contracts does not indicate that the contract is fixed-term. In this context, if the worker is hired for the first time to work abroad and the work is a project-based work for a certain period of time, it is possible to conclude a fixed-term employment contract, provided that it is compatible with the duration of the project.

Part-time and full-time employment contracts in Payroll in Turkey

As in the case of fixed-term employment contracts, it is prohibited to treat part-time workers differently from full-time workers only because of the type of contract. The part-time worker’s wages and divisible benefits related to money must be paid in proportion to the time worked in comparison to the full-time equivalent worker.

The above-mentioned explanations will be taken into consideration for the concept of equivalent worker.

Apart from these, a special regulation regarding part-time employment contracts has been stipulated in the text of the article. This regulation is essentially related to the maternity and breastfeeding leave regulated in Article 74 of the Law. Accordingly, after the end of the leaves specified in Article 74, one of the parents may request part-time work until the beginning of the following month when the compulsory compulsory primary education age begins and this request will be met by the employer. Additionally, this situation will not be considered as a valid reason for termination. It is also possible for this worker to return to full-time work for the same child at any time without waiting for the end of the part-time working period in order not to benefit from this right again. In this case, the employment contract in Turkey of the employee who is hired to work full-time instead of this employee will automatically terminate. The employee who wishes to benefit from this right or return to full-time work shall notify the employer in writing at least 1 month in advance. If one of the spouses does not work, the working spouse will not be able to request part-time work. It is also possible for those who adopt a child under the age of three together with their spouse or adopt individually to benefit from this right from the date the child is actually delivered.

Article 14 of the Law No. 4857 contains regulations on on-call labour. Accordingly, an employment relationship in which it is agreed in a written contract that the employee will fulfil the performance of work in case of need in relation to the work undertaken by the employee is a part-time employment contract based on on-call work and the contract must be made in writing.

Special regulations regarding on-call work are included in the continuation of the article.

If the parties do not determine how long the employee will work within a period of time such as a week, month or year, the weekly working time shall be deemed to have been agreed upon to be twenty hours.

The worker shall be entitled to wages whether or not the worker is employed during the period determined for on-call labour.

The employer, who has the right to demand the worker to fulfil his/her obligation to perform his/her work through a call, must make this call at least four days before the time when the worker will work, unless otherwise agreed. The employee is obliged to fulfil his/her labour obligation upon the call in accordance with the time limit. Immediately at this point, it should be noted that it is beneficial to make the call by provable means (registered or registered mail with return receipt, etc.) in order to prove that the call has been made.

If the daily working time has not been agreed in the contract, the employer is obliged to make the employee work at least four consecutive hours a day in each call.

Remote working in Payroll in Turkey

Remote working is regulated together with on-call working in Article 14 of the Law. Additionally, in accordance with the provision of the law on this subject, a remote working regulation was issued, which entered into force after being published in the Official Gazette dated 10.03.2021 and numbered 31419.

The Regulation defines a remote worker as a worker who fulfils all or part of the work performance by working remotely. According to the definition of the law and the regulation, teleworker refers to the employment relationship established in writing and based on the principle that the employee performs his/her work at home or outside the workplace with technological communication tools within the scope of the work organisation established by the employer.

In the aforementioned article, the request of the employee, which can be associated with the second situation, is specifically regulated. From this point of view, it can be concluded that the transformation of the existing labour relationship into remote working is only possible upon the request of the employee. According to the aforementioned regulation, the request in question must be made in writing. It should be emphasised that the written request here is a validity condition when considered together with the subsequent regulations. Subsequently, the request will be evaluated by the employer in accordance with the procedure determined at the workplace, and while doing so, the suitability of remote working due to the nature of the work and the worker and other criteria to be determined by the employer will be used. At the end of the evaluation, the result shall be notified to the employee within thirty days in the same manner in which the request was made. If the request is accepted, the contract will be concluded as determined.

According to the same regulation, it is possible for an employee who has switched to remote working to request to work at the workplace again with the specified procedure. In this case, the employer must prioritise the request in question.

Apart from these cases, if teleworking is to be applied in all or part of the workplace due to compelling reasons specified in the legislation, the employee’s request or approval will not be sought for the transition to teleworking.

The works that cannot be performed remotely are specified in Article 13 of the regulation. Accordingly, teleworking cannot be performed in jobs involving working with hazardous chemicals and radioactive substances, processing of these substances or working with the wastes of these substances, working processes that involve the risk of exposure to biological factors. Additionally, the work performed by public institutions and organisations through service procurement according to the relevant legislation and the unit, project, facility or service of strategic importance in terms of national security will be determined by the public institution and organisation responsible for the project, facility or service or the public institution and organisation receiving the service.

According to Article 14 of the Law and Article 5 of the Regulation, employment contracts regarding teleworking must be in writing. The condition of being in writing here is accepted as a condition of validity within the framework of the obligation to protect the employee, since teleworking is an atypical form of work. The minimum matters that must be included in the contract are listed in Article 5. Accordingly, the contract shall include the definition of the work, the manner of performance, the duration and location of the work, the wage and the matters regarding the payment of the wage, the work tools and equipment provided by the employer and the obligations regarding their protection, the employer’s communication with the employee and the provisions regarding the general and special working conditions.

It may be necessary to organise the environment where the work will be carried out before starting to work remotely. According to Article 6 of the Regulation, if necessary, the arrangements regarding the place where the remote work will be carried out must be completed before the work starts. Additionally, the method of meeting the costs arising from these arrangements will be determined jointly by the remote worker and the employer. In this context, it would be appropriate to include the determination regarding the aforementioned issue in the contract to be concluded for teleworking.

The legislator has left the issue of meeting the production costs to the will of the parties. According to Article 8. of the Regulation, issues regarding the determination and reimbursement of mandatory expenses directly related to the production of goods or services arising from the fulfillment of the work shall be specified in the employment contract in Turkey.

According to Article 9 of the Regulation, another issue to be determined by the employment contract is the time interval and duration of teleworking. Although it is possible for the parties to make changes in these matters, they are also obliged to adhere to the limitations stipulated in the legislation.

Finally, according to the provision of the law, in case of teleworking, workers cannot be subjected to different treatment compared to the equivalent worker solely due to the nature of the employment contract, unless there is a substantial reason.

Team contracts are regulated in Article 16 of the Labour Law. According to the provision of the article, the contract made by one of these workers, representing a team formed by more than one worker, with the employer in the capacity of team leader is called a team contract.

The team contract must be made in writing, regardless of the period of time agreed for the employment contracts to be formed. In the contract, the identity of each worker and the wage to be received shall be shown separately.

Upon the commencement of work by each of the workers whose names are written in the team contract, an employment contract shall be deemed to have been concluded between that worker and the employer under the conditions specified in the team contract. However, with the reference to the team contract, Article 128 of the Code of Obligations titled « Assumption of the act of a third party » shall also be applicable.

Minimum and maximum term employment contracts in Payroll in Turkey

It is possible to identify the following characteristics of maximum duration employment contracts in terms of application examples and judicial decisions: