Ukraine : Talks in Turkey to release grain ‘officially over’ 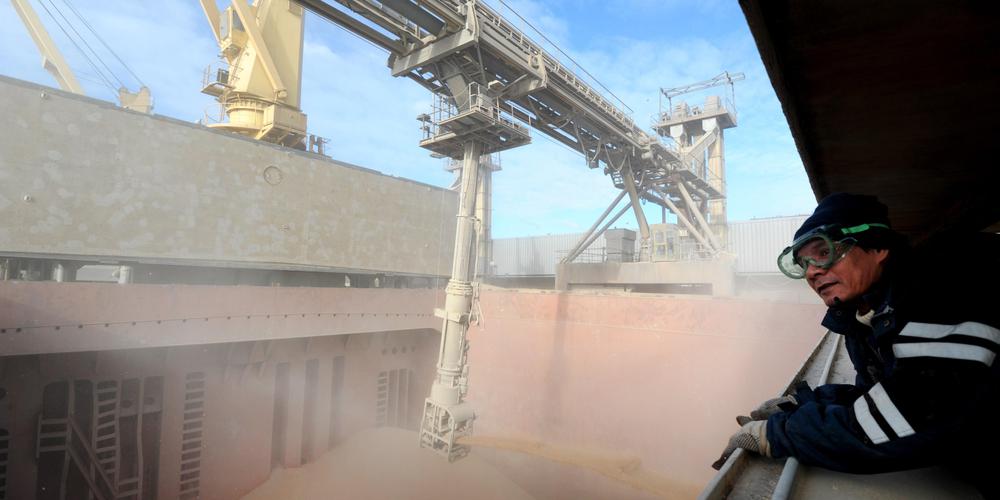 Talks in Turkey regarding some 20 million tonnes of grain which are currently stuck in ports in the Odessa region of southern Ukraine due to Russia’s invasion of the country launched on February 24.
Talks in Istanbul between Russian, Ukrainian and Turkish delegates to try to unblock grain exports from Ukraine’s ports are « officially over », the Turkish Defense Ministry said in a statement on Wednesday. These discussions between military experts from the three countries and in the presence of United Nations representatives lasted three and a half hours and no details on their content were immediately available.

Along the Bosphorus, the greatest discretion surrounds the holding of discussions behind closed doors between military experts in the presence of a United Nations delegation, which the Turkish Ministry of Defense has said it wants to keep « confidential ». The meeting began shortly after 11:15 GMT, at an undisclosed location.

Ukraine is one of the world’s leading exporters of wheat and other cereals. It is a question of establishing secure corridors allowing their transport, hampered by the Russian occupation of the ports of Ukraine and the presence of mines laid by kyiv to protect its coasts.

In an interview with the Spanish daily El Pais published on Wednesday, the head of Ukrainian diplomacy Dmytro Kouleba appeared relatively confident about the outcome of this new meeting. « We are on the verge of an agreement, » he said. « Now everything depends on Russia. »

But Mr Kouleba suspects Moscow of blocking discussions to deprive kyiv of revenue. « They know that if we export, we will receive funds from international markets and that will strengthen us. »

Russia, for its part, reiterated its demand on Tuesday to see the loading of ships inspected. “Our understandable conditions include the ability to check and search the ship to prevent arms smuggling and a commitment from Kyiv not to stage provocations,” a foreign ministry official warned.

Turkey, a NATO member and ally of the two conflicting parties, is stepping up diplomatic efforts to facilitate the resumption of deliveries. Turkish officials said they have 20 merchant ships currently waiting in the Black Sea and could be quickly loaded with Ukrainian grain.

So far, Turkish efforts, carried out at the request of the UN, have not made it possible to unblock the situation. But the Russian presidents, Vladimir Putin, and Turkish presidents, Recep Tayyip Erdogan, are due to meet on July 19 in Tehran on the sidelines of a summit on Syria, which could provide the framework for announcing an agreement.

The Turkish president has been mediating between the two countries since the start of the conflict, taking care, however, while providing combat drones to Ukraine, not to offend Moscow.

Regarding Ukraine, Turkey and its struggling economy, with record inflation of 79% year on year, are heavily dependent on trade with Russia and Russian gas. Ukraine has even repeatedly denounced Turkish cargo shuttles across the Black Sea to and from Ukrainian ports under Russian control.

On the military front, Russia has not conducted a major ground offensive since it defeated the last pockets of resistance in Lugansk in early July.

Analysts speak of an « operational break » by Russian forces before the assault on the city of Sloviansk and that of Kramatorsk, the administrative center of Donbass still under Ukrainian control, in the Donetsk region. For US officials, the Russians are trying to overcome their losses while negotiating the acquisition of hundreds of combat drones with Iran.

For its part in Turkey, Ukraine is trying to counter the Russians by mounting increasingly powerful attacks with new American and European rocket systems targeting arms depots.

According to the Ukrainian general staff, Kharkiv, the second city of Ukraine, in the North-East, was again bombarded on Wednesday, as were several districts of Bakhmout. « The enemy continues to conduct assaults to improve its position and create favorable conditions for the offensive in the Izium-Slovyansk direction, » he said.