Erdogan raises minimum wage for third time in a year 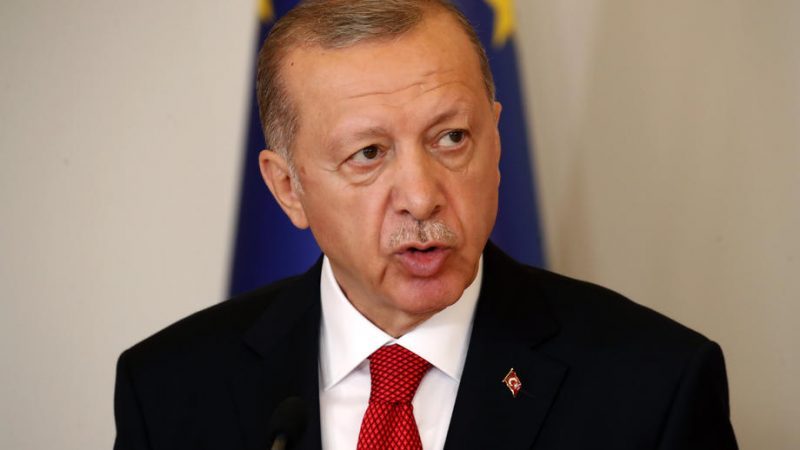 With Erdogan, the minimum wage in Turkey, faced with inflation of more than 84% over one year, will be raised on January 1 to 8,500 net Turkish liras (around 455 euros), for the third time in a year. More than 40% of Turks live on the minimum wage. Despite this support for his population, Recep Tayyip Erdogan persists in maintaining an ultra-accommodating monetary policy, unlike other central banks.

With inflation at 84.4% over one year in November, the economic situation in Turkey does not seem to be improving for households. And although price inflation faltered last month for the first time since May 2021 — it peaked at 85.5% in October — it could, in fact, be much stronger, according to independent economists from the Group. inflation research (Enag). They say, in fact, that inflation reached 170.7% over twelve months – including 125% since January 1 – against 185.3% in October.

In an attempt to support its population, the president, Recep Tayyip Erdogan, announced on Thursday an increase in the minimum wage. The latter rises to 8,500 Turkish liras (TRY), or around 455 euros against 2,826 TRY at the end of December 2021, less than 300 dollars at the time. It had been raised to 4,253 TRY last January and 5,500 in July, insufficient to live in large cities like Istanbul. More than 40% of Turks live on the minimum wage.

The unions had demanded 9,500 pounds per month but the head of state indicated that it was not possible to reach an agreement. “After a series of meetings, alas, employees and employers could not agree on an amount” declared the president judging the “reasonable compromise”.

Recognizing that the country is going through a « critical period », less than six months from the presidential and legislative elections scheduled for next spring, Recep Tayyip Erdogan Erdogan promised the « rapid decline in inflation from the end of the month ». He said he was determined to “reduce it by 20% by the end of next year”. Inflation, fueled by the continued decline of the Turkish lira, has only accelerated in the country over the past eighteen months, reaching levels not seen since 1998.

If Erdogan wants to be ambitious about his reduction in the coming months, he has nevertheless opted for a strategy that runs counter to all those adopted by other countries which are also experiencing sharp price increases. Indeed, the American Federal Reserve (Fed) or the European Central Bank (ECB) have constantly tightened their monetary policy in 2022. The ECB thus carried out the fourth increase in its key rates in December. By slowing down consumption, the monetary institutions thus hope to curb demand and therefore the imbalance with supply and bring down inflation. A strategy that escapes, however, one of the bullish factors which is the surge in energy prices caused since the outbreak of the war in Ukraine.

Contrary to these monetary policies, Erdogan has forced the Central Bank of Turkey to strengthen the ultra-accommodating one conducted so far. On November 24, the institution lowered, for the fourth consecutive month, its main key rate, bringing it from 10.5% to 9%. Last year, Turkish interest rates had already fallen from 19% in September 2021 to 14% in December. Remained stable between January and July 2022, they have been lowered again by the central bank each month since August.

However, this should be the last time. The Council of the central bank has, in fact, considered that the key rate has reached « a sufficient level in view of the growing risks concerning global demand », according to a press release from the institution which has therefore « decided to end the cycle of lower interest rates that began in August”.