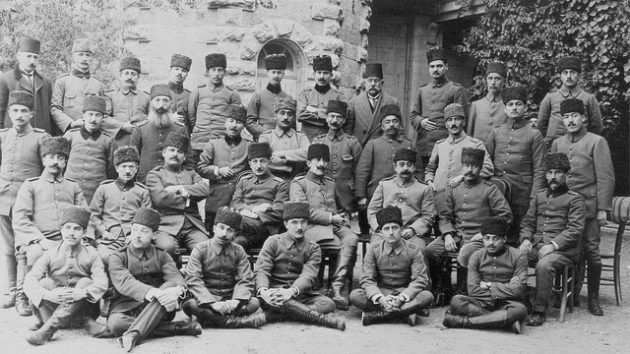 The remains of 17 French soldiers who disappeared during the First World War in Gallipoli, Turkey, were handed over to French military authorities in Çanakkale on Sunday.

Discovered during restoration work at a castle in the northwest of the peninsula, the remains were buried alongside other fallen comrades, more than a century after their deaths.

The fierce fighting between the Allied forces and the Ottoman Turks during the Gallipoli campaign, had caused a total of more than 100,000 victims.

Colonel Philippe Boulogne took advantage of the ceremony to pay tribute to the fallen French and colonial soldiers: « Zouaves and skirmishers from Senegal, Algeria, legionnaires, 10,000 French and colonial soldiers fell at the front at Gallipoli. Neither the The extent of the losses, nor the violence of the war have diminished the bravery of these men. Their courage and their sense of sacrifice will never be forgotten. »

At the final resting place of the soldiers, in the French cemetery of Seddülbahir, a message that the founder of modern Turkey Mustafa Kemal Atatürk wrote for the mothers of the soldiers he himself had fought, was read: « You, the mothers who sent their sons from distant lands, wipe away your tears; your sons now rest in our bosom and are at peace. After losing their lives on this earth, they have also become our sons. »

More than 100 years after losing their lives, the 17 French soldiers can now rest in peace.

Remember that the defeat of Turkey at the end of the First World War led to the dislocation of the Ottoman Empire. The French press applauds. But the ensuing dismemberment will be fraught with geopolitical consequences.

The Ottoman Empire had lasted six centuries. Four years of war will have been enough to cause its final downfall. On October 30, 1918, the defeated Turks signed the armistice of Moudros with the British, which settled the details of their capitulation.