Hamas could bear the brunt between Turkey and Israel rapprochement 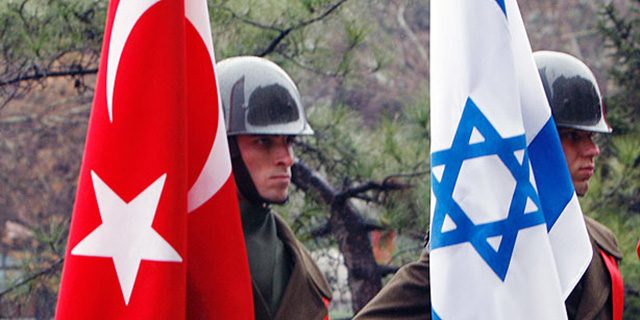 Israel : According to statements reported in the media by senior officials of the ruling Islamist movement in the Gaza Strip, dozens of its activists and leaders have been expelled from Turkey or prevented from entering the country.

Concerns had already been raised, but the acceleration of the rapprochement between Turkey and Israel could worry more Hamas, in power in the Gaza Strip. On Monday, senior figures in the Palestinian Islamist movement told Qatari news outlet The New Arab on condition of anonymity that dozens of its activists and leaders had been expelled from Turkey or barred from entering the country. Restrictions that would have been taken as part of the restoration of diplomatic ties between Ankara and the Jewish state.

In Turkey’s eyes, the balance between support for Hamas on the one hand and rapprochement with Israel on the other seems delicate. Since coming to power in 2003, the Turkish president has long sought, for political purposes, to pose as a fervent defender of the Palestinian cause. In recent years, many senior figures of the Islamist movement have also taken up residence in Turkey, not to mention the regular visits of the leaders of the organization to the country. All the more so since the closure in November 2011 by Syrian President Bashar al-Assad of the offices of Hamas in Damascus after the movement’s support for the popular uprising.

If the elements reported by The New Arab – and not confirmed by the Turkish government – were proven, they could be explained by « the context of Ankara’s reset of all of its foreign policy », observes Mark Meirowitz, professor at the ‘State University of New York Maritime College (SUNY) and policy analyst. Mired in an unprecedented economic crisis ahead of general elections scheduled for June 2023, Turkey also has an interest in healing relations with its adversaries, as President Erdogan’s recent trips to Saudi Arabia and the United Arab Emirates illustrate. to attract foreign investment. « Turkey has certainly taken the measure of the success of the Abraham Accords, facilitated by the United States, which normalized diplomatic relations between Israel and the United Arab Emirates, Bahrain, Sudan and Morocco (…). Therefore, it must improve its ties with the Jewish state so as not to be left behind in the clear trajectory that the Middle East is taking. »

Sign of the acceleration of this process, the meeting last March of Israeli President Isaac Herzog and his Turkish counterpart Recep Tayyip Erdogan in Ankara, the first trip in fourteen years of a senior official of the Jewish state in the country. Earlier, in July 2021, the Turkish reïs had spoken with the new Israeli head of state who had just taken office. A rare call no doubt motivated at the time by the arrival of an anti-Netanyahu coalition government in Israel and Mr. Erdogan’s desire to curry favor with the Biden administration.

As the process of rapprochement with Israel has accelerated, Turkey has markedly softened its tone with regard to the Jewish state’s attitude towards the Palestinians. At the beginning of April, the Turkish reïs, for example, called his Israeli counterpart in order to present « his condolences to those who lost their lives » and to wish « a speedy recovery to the injured », after three attacks committed inside the  » green line” which claimed the lives of 11 people, mostly civilians.

An unusual gesture that clashes with the Turkish government’s offensive statements against Israel since 2018, when a new diplomatic crisis erupted between Ankara and the Jewish state. Dozens of Palestinians were then killed on the border between Israel and the Gaza Strip following major demonstrations against American recognition of Jerusalem as the capital of the Jewish state. Following these events, Turkey recalled its ambassador from Israel and expelled the Jewish state’s envoy from his country. The Turkish reïs had notably described the Israeli power as a « murderer of children », while former Prime Minister Benjamin Netanyahu had accused the leader of the Sublime Porte of having killed Kurdish civilians.

The remarks reported Monday by The New Arab come shortly before the meeting expected on May 24 between the Turkish Minister of Foreign Affairs, Mevlüt Çavuşoğlu, and his Israeli counterpart Yaïr Lapid, in Jerusalem. A visit which could, according to some observers, lead to the reinstatement of the ambassadors of the two countries. “Turkey will make a very pragmatic assessment and weigh the benefits of improving relations with Israel against the consequences of its actions towards Hamas,” suggests Mark Meirowitz. To maintain good relations with Israel, Turkey’s support for Hamas will likely have to be limited, if not entirely eliminated. »