If Turkey had been a member of the EU, the war in Ukraine could have been avoided 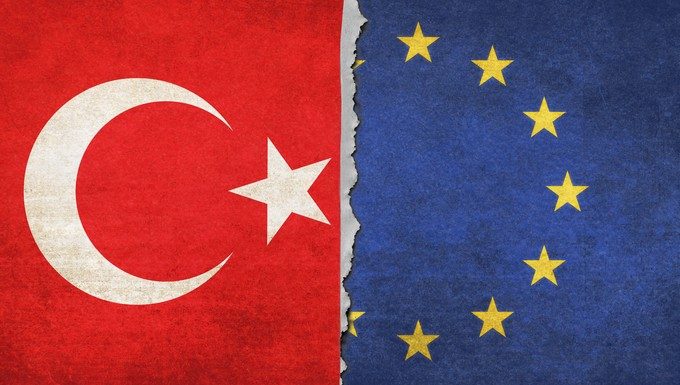 Turkey has recently multiplied their desire to return to the negotiating table with EU. But what sparked this new momentum? We spoke to Faruk Kaymakcı, Turkey’s Deputy Foreign Minister and European Affairs Director.

Negotiations on Turkey’s EU membership broke down in 2019, following the Turkish government’s crackdown on civil society, media, academia and others who expressed opposition to the regime. President Recep Tayyip Erdoğan is now asking the EU to relaunch accession negotiations.

European Affairs Director and President Erdoğan’s Deputy Foreign Minister Faruk Kaymakcı told us there was momentum for a return to the negotiating table.

« Faced with Russian aggression, we saw the need for a strong Europe and Turkey, » he said.

« The wrong message of a weak and divided Europe, and a divided transatlantic world was given », he explained, adding that if Turkey had been part of the bloc, had been « treated fairly in the process negotiation », or had much better relations with the Union, the war in Ukraine could have been avoided.

“Imagine that we found a solution to the Cyprus question in 2004. We could have become a member of the EU today. Turkey’s EU membership could have prevented the war in Syria, the war in Iraq, and even the war in Ukraine,” Kaymakcı said.

Some analysts suggest that Turkey’s decision to rewind negotiations with the EU is strongly linked to the country’s huge trade deficit. Turkey’s annual inflation in March hit its highest level in 20 years. Ankara can therefore either raise rates, weaken the lira, or obtain significant external financing.

Kaymakcı argued that improving his country’s relations with the EU would also boost confidence in Turkey’s economy. According to him, an update of the EU-Turkey customs union could double the volume of trade. As part of the post-pandemic recovery, «   this will be beneficial for both parties ».

The prospect of membership « helped a lot ».

According to him, the best time for Turkey in terms of fulfilling the Copenhagen political criteria was at the beginning of the negotiation procedure, « until 2006 or even 2009 ». Turkey « believed in the process » and made « enormous reforms », he said.

«   Many European colleagues called it a silent revolution  ».

However, Mr. Kaymakcı insisted that the status of Cyprus has seriously damaged Turkey’s membership prospects. « Turkey, marginalized and discriminated against as a candidate country, has been pushed out of the EU for the interests of one or two member states, » he said.

The EU, however, links the stalled negotiations with the deterioration of democracy in Turkey, including the repression of civil society, the absence of the rule of law, judicial interference and violations of human rights. man, mentioned in the European Commission’s latest report on Turkey.

Mr. Kaymakcı said that the prospect of membership «   has been of great help as the main driver for improving standards of democracy and the rule of law ». Ultimately, he said, undermining the process due to disagreements over Cyprus « has demotivated (national) actors in terms of moving the process forward ».

Abuse of the right of veto?

Kaymakcı said the EU should encourage both sides to find a solution to the dispute between Cyprus and Turkey.

“When it comes to action, member states do little and talk about the need for EU solidarity. They do not want to create difficulties for the Greeks or the Greek Cypriots, who would then cause them problems on other issues. It’s a dead end, » he said.

«   The EU should not allow the abuse of veto rights, neither in the accession process nor in EU foreign and security policy   », he added.

Asked about Turkey’s perception of Ukraine’s attempt to obtain the status of an EU candidate country, Mr. Kaymakcı offered full support to Ukraine, but also to Georgia and Moldova, the three most ambitious members of the Eastern Partnership.

However, he warned that Turkey has been a candidate since 1999 and that there is « no fast track to EU membership ».

Still, he added, Turkey has a lot to offer the EU.

“No other candidate country can bring more to the EU in terms of security and defence, foreign policy, energy security, economy, migration management, harmony, stability and action at national level. worldwide, » he said.