Increase in the minimum wage in Turkey 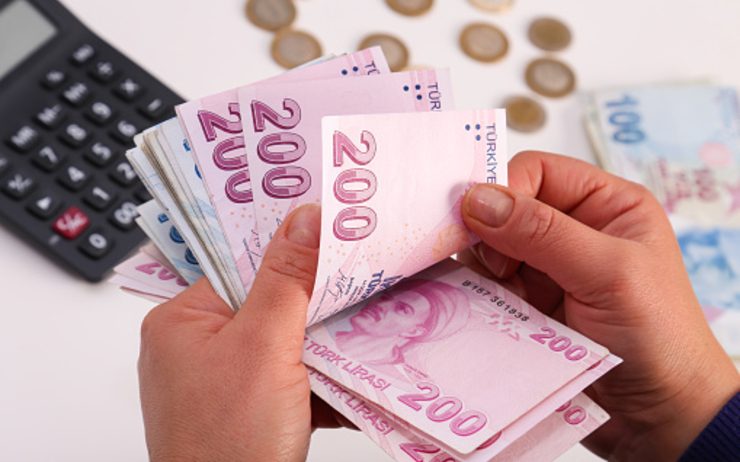 Inflation continues to soar despite Erdogan’s promises, and the minimum wage is rising in Turkey.

Inflation approached 80% in June in Turkey, the highest since 1998, despite Turkish President Recep Tayyip Erdogan’s repeated promises to contain price increases, less than twelve months before a presidential election announced as tight.

This strong rise in consumer prices, which stood at 78.6% over twelve months, against 73.5% in May, is largely explained by the collapse of the Turkish lira, which lost nearly half its value in one year against the dollar.

It had never reached such levels since President Erdogan came to power in 2003, who will play for re-election in June 2023.

Inflation is a hot topic in Turkey, with rising prices chipping away at household purchasing power week after week.

Its calculation is also the subject of intense debate, with the opposition and many economists accusing the National Statistics Office (Tüik) of knowingly and largely underestimating its magnitude.

The Inflation Research Group (Enag), made up of independent Turkish economists, said Monday morning that inflation was actually 175.5% year on year, more than twice the official rate.

According to a survey published last week by the Metropoll Institute, less than a quarter of Turks say they trust the official inflation figure.

« No one believes the [official] data in Turkey anymore, » said Timothy Ash, an analyst at BlueAsset Management and Turkey specialist, on Monday.

President Erdogan himself has fueled this mistrust, dismissing four directors of the statistical institute since 2019.

The stakes are high: inflation at unprecedented levels could reduce the chances of re-election of the head of state, who has built his electoral successes of the past two decades on his promises of prosperity.

« This Tuik lie is like stealing from the pockets of pensioners and civil servants. Stop committing crimes @RTErdogan, you will be held responsible! », the leader of Turkey’s main opposition party, Kemal, fumed on Twitter on Monday. Kilicdaroglu.

This inflation, which is even higher in the country’s major cities such as Istanbul, and which reached 93.3% in June for food and 123% for transport, forced the government to announce a 25% increase in the minimum wage on Friday. .

This increase, the second of the year after that of 50% implemented on 1 January, is however likely to further accelerate the rise in consumer prices in the coming months by creating a price-wage loop in the absence of rising interest rates, experts warn.

48% of employees receive the minimum wage in Turkey, which now stands at 5,500 Turkish liras, or less than 330 dollars, according to data from the Turkish Social Security.

Despite constantly accelerating inflation, and fears of new price increases linked to the war in Ukraine, the Turkish Central Bank still refuses to raise its key rate, which has been stable at 14% since December.

Contrary to classical economic theories, President Erdogan believes that high interest rates promote inflation. In power since 2003 as prime minister and then as president, the head of state said at the end of April that inflation would begin to slow « after the month of May ».

At the beginning of June, the Turkish president said he wanted to lower interest rates again. « We don’t have an inflation problem. But a cost of living problem, » he said.

On Friday, Turkish Economy Minister Nureddin Nebati told him that inflation would start to slow only from December.