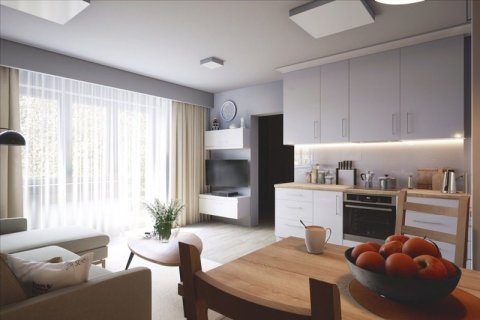 How is rental price in Turkey ? In recent months, rising rents have been a major concern among tenants in Turkey. The fear of seeing his rent increase is on everyone’s lips… This Wednesday, June 8, the Minister of Justice, Bekir Bozdağ, announced that the increase in the price of rents for residential rentals would be regulated.

Thus, according to the measure announced by Bekir Bozdağ, the maximum increase will be set at 25% of the rent (compared to the previous year), until July 1, 2023.

Increase indexed to the TÜFE
Turkey is in the grip of galloping inflation (officially 73.5% in May), and the huge price increases announced almost daily have a very strong impact on the budget of Turkish households.

Until now, the increase in the price of rents was indexed to the TÜFE (consumer price index). At the beginning of June, the TÜIK (Turkish Institute of Statistics) announced that this index stood at 39.33% for the month of June.

This measure fixing the increase at 25% is therefore good news for tenants who were going to experience an increase in their rent these days, but the experts are wondering about new rentals…

Uncertain prospects for the Turkish real estate market
The President of the Istanbul Chamber of Realtors, Nizamettin Aşa, and Dr. Ahmet Büyükduman, expert in real estate appraisal, analyzed the impact of this rent control for the newspaper Sözcü.

Nizamettin Aşa considers this to be bad news for landlords, who could expect a bigger increase in their rent, based on the TÜFE.

According to Ahmet Büyükduman, this measure is likely to result in an increase in rental prices in Turkey for properties newly placed on the rental market, as landlords wish to secure high rents upstream as much as possible. In addition, Ahmet Büyükduman predicts a drop in rentals, and an increase in the sale of real estate in the coming weeks.

This new measure could also precipitate requests for evacuation from tenants.

The housing crisis in Turkey therefore seems far from over.

Working meetings on the supervision of the increase in rental prices in Turkey are currently being conducted jointly with Vice President Fuat Oktay, Minister of Environment, Urban Planning and Climate Change, Murat Kurum, Minister of Treasury and Finance, Nureddin Nebati, Minister of Commerce, Mehmet Muş, and Minister of Justice, Bekir Bozdağ; the details of the new regulations should thus be clarified in the coming days.