Turkish president pledges to bring inflation down sharply in 2023 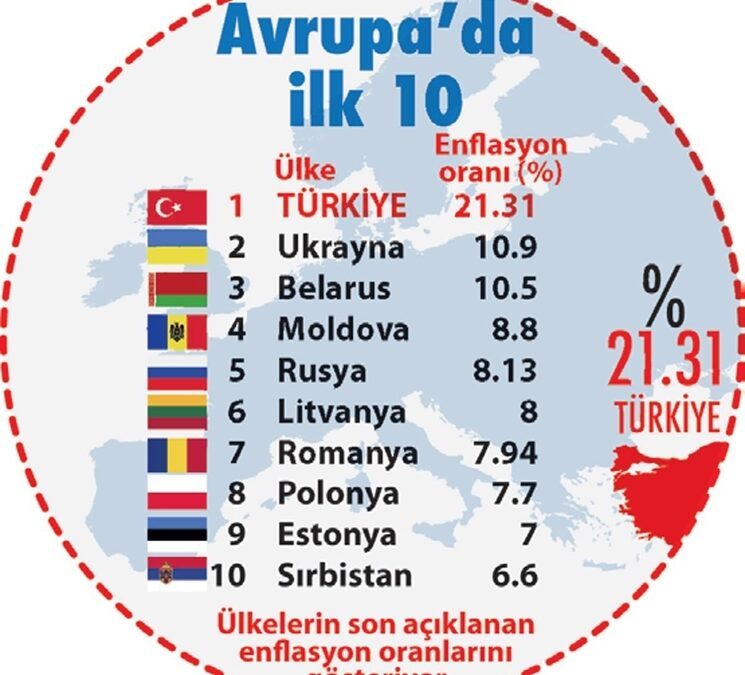 Turkish President Recep Tayyip Erdogan on Wednesday (December 21st) promised to bring inflation down sharply in the coming months and relieve Turkish citizens of the burden of a high cost of living.

« Hopefully we will see the decline in inflation in the coming months. Let’s make 2023 the turning point of our liberation from the problem of the cost of living, » Erdogan told members of his party in parliament. .

The world has suffered several waves of economic crisis, but Turkey has achieved its growth targets, he said, estimating that his country will grow by 4% to 5% by the end of 2022.

Turkish President Erdogan said his government would announce a further rise in the minimum wage this week as part of economic measures to tackle the country’s financial woes. He recalled that the Turkish Central Bank lowered its interest rate to 9% last November, and called on businessmen to seize this opportunity to make new investments.

Turkey’s inflation fell to 84.39% last November from 85.5% the previous month, which marked the highest inflation in 24 years in the country. This is the first time that inflation has slowed in the space of 18 months. This decrease is in line with forecast and is largely due to the statistical effect of the November 2021 high base.

Monetary policy has weakened the Turkish lira by more than 50% since September 2021 and fueled a flight of capital in pounds.

As a reminder, inflation in Turkey has reached 84% according to official figures, and 170% according to a calculation made by independent economists. However, the central bank, under close control of President Erdogan, persists in lowering interest rates, a choice contrary to all economic theories.