When to go to Turkey? The best period by region 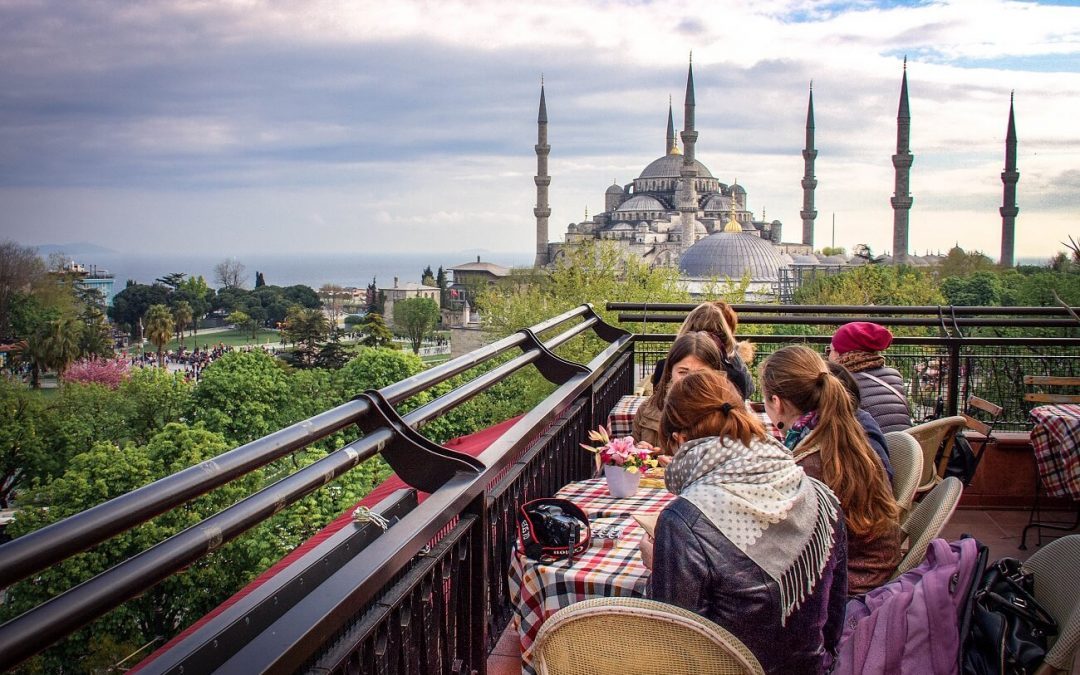 Are you looking to go to Turkey ? Istanbul and its palaces, Cappadocia and its canyons, Antalya and its turquoise waters… Turkey is a colorful land that can be discovered as you wish. Our advice for choosing the right travel dates and destination, depending on the climate and the desired visits.

The best time to visit Turkey largely depends on your preferences. Travelers looking for relaxation on the Mediterranean or Aegean coast can go there in the spring. The shoulder seasons are perfect for experiencing Istanbul’s fascinating heritage. If you want to fly over Cappadocia in a hot air balloon, go between the end of April and the beginning of October.

When is the best time to go to Turkey (Istanbul) ?

A metropolis bustling with life, Istanbul lends itself to tourism all year round. But to escape the crowds surging on the Grand Bazaar, spring, from March to May, and autumn, especially the months of September and October, are the ideal periods. With average temperatures around 20°C, these seasons offer pleasant conditions for visiting the city’s main monuments, such as the Blue Mosque, Topkapi Palace and the majestic Hagia Sophia, and for walking on the walkways of the Basilica Cistern, once completely filled with water, whose vaults and columns are illuminated by splendid plays of light. Winters are cold, with an average of 6°C in January and the mercury can exceed 30°C in summer. Two seasons to avoid unless you want to go to the Istanbul International Music Festival which is held between June and July.

When is the best time to travel to the Mediterranean and Aegean coasts?

To enjoy the translucent waters of the Mediterranean Sea in peace, it is best to go to the south coast of the country in spring or autumn. In July and August, the mercury can reach 34°C and the shoulder seasons offer a welcome respite. Crowds are also less numerous in Antalya, the main seaside resort on the Mediterranean coast, and mild temperatures remain until October with an average of 25°C. If you plan to go to the Aegean coast and discover Izmir, Pergamon or Bodrum, the best time to do so is between March and October. You will thus benefit from an omnipresent sun to bathe in the crystal clear waters of the beaches of the region. A true cultural gem, Ephesus is best discovered in spring and early fall. You will be able to take advantage of the mild temperatures to visit this ancient Roman city, which is one of the best preserved in Turkey, and admire the Temple of Hadrian and the magnificent Library of Celsus.

When is the best time to go to Cappadocia?

Cappadocia is unquestionably one of the most fascinating regions of Turkey. It is characterized by a continental climate, marked by cold winters and hot summers. One of the area’s attractions is the spectacular hot air balloon rides that take place there. These incredible experiences are however subject to weather conditions. If you don’t want to miss the chance to float above the famous fairy chimneys, it’s best to visit the area between April and October, when the winds are low and the temperatures mild. In summer, temperatures can reach 35°C in July and August, while they can drop to -3°C during winter. Nature lovers will take advantage of spring to visit the Petrified Waterfalls of Pamukkale, which can also be visited in September or October, but with a higher risk of rain and shorter days.

When is the best time to travel to the Black Sea coast?

To enjoy the authentic charms of the Black Sea coast, it is advisable to go there between April and September. The summer months are ideal for hiking enthusiasts who wish to venture into the Kaçkar mountains. You can take advantage of the mild spring temperatures to visit Trabzon, Sinop, Kocaeli or Amasra. It should be borne in mind, however, that rainfall in the region is more frequent than on the Mediterranean and Aegean coasts, with a peak in rainfall between October and November.