Why this offer from Lidl is controversial in Turkey 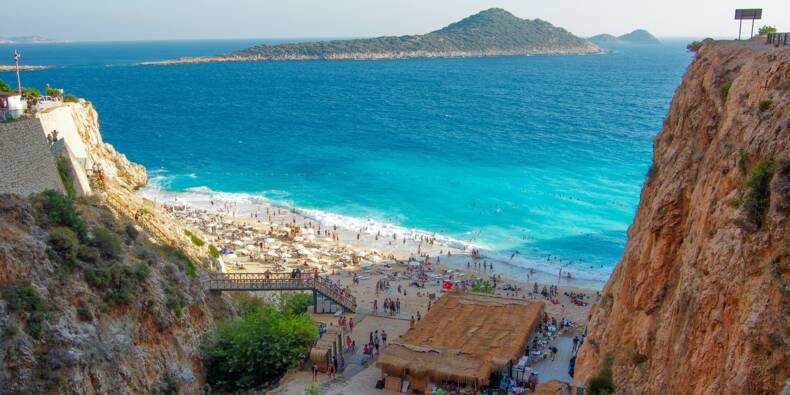 Lidl offer is controversial in Turkey !

Faced with monstrous inflation for a year, Turkey tastes very little of the offer offered by Lidl’s partner specializing in travel, which invites Germans to leave their country to go warm in the middle of winter.

The offer is tempting: a 22-day all-inclusive stay on the Turkish Riviera next January, all in a luxury hotel (5 stars). All transfers are included, only massages are optional. Price of the trip: 599 euros. Almost unbeatable, describes Les Échos. This offer is offered by BigXtra Touristik, the partner tour operator of the German hard discount group Lidl. It is reserved for Germans, of course, but it is controversial today in Turkey, the destination chosen by the travel agency. Why ? Because of the message put forward.

If more than 500,000 German tourists visit Turkey each year, this figure could increase significantly this year. But, with this offer, Lidl is advising Germans to leave their country this winter to escape the soaring energy prices that are affecting all of Europe. Although the government adopted measures at the end of August to reduce electricity and gas consumption in the country by 2%, for the moment it has not announced any measure on bills, unlike France, which has just decide to maintain the tariff shield in 2023, or in Denmark, which wants to cap prices.

Lidl offer regarding Turkey : Economic crisis, but not energy

This Lidl offer for Turkey therefore causes both “misunderstanding” and “envy”, describes the German newspaper Handelsblatt. The business daily stresses that the price offered for this trip is even cheaper than some Turkish rents. At the end of August, the Turkish Central Bank surprised everyone by lowering its key rate from 14 to 13%. But the pound had plunged in a country where inflation is 80%. The monetary policy of the central bank, much decried, had melted the Turkish lira by 44% against the dollar, or 25% more against the greenback since January 1.

On the other hand, Turkey is not hit by the energy crisis, because the government has not announced any sanctions against the regime of Vladimir Putin and still benefits from Russian gas, recalls Les Echos. According to the German newspaper, German tourists could therefore benefit from « energy tourism » since Turkish hoteliers offer « cheap offers ». However, if the offer is attractive, it should put off more than one, firstly because of the period: parents will not be able to leave in January, for example. In addition, many Germans will not be able to leave for three weeks and pay for a trip in addition to their bills as well as their rents and/or loan repayments.