Unemployment in Turkey: the information you need to know 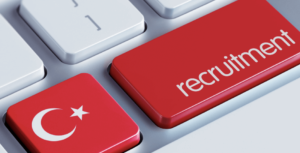 Unemployment in Turkey was 10.1% in 2015. But we must take this figure with tweezers since there is a significant turnover.

The rate of contributions and contributions in Turkey is lower than in France, in the sense that the Turkish gross wage is lower.

As a result, the cost of an employee is not as high as in France, and this is the reason why companies recruit more.

It is easier to get laid off in Turkey, the severance pay is quite low, and there is no system with French employment pole. But in return, an employee can quickly rebound on the job market by getting another job.

So the fear of unemployment is less present among Turkish assets compared to French assets.

It is not uncommon to see an employee being fired from a position of high responsibility and then find another job within a few weeks. Unemployment in Turkey does not make people afraid of assets.

As the concept of CDI does not exist in Turkey, employment security is less strong in this country compared to its European neighbors.

As a result, Turkish banks, compared to French banks, are more reluctant to give credit to an employee.

Concerning unemployment in Turkey, the question that arises is: which process is better? A system in turca, where job security is not gained, but where it is possible quickly to rebound on the job market in the event of dismissal? Or is it the French system, where there are mutliple allocations, but where it is more difficult for the employee to find a job if he is dismissed?

For more information about the world of work in Turkey, you can find the book « Doing business in Turkey : a guide to success ».