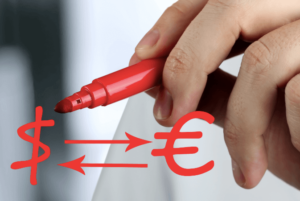 Following the article « Banks in Turkey », this article lists the sequel of the largest Turkish banks.

HSBC Turkey. Also based in Turkey since 1990, its head office is based in Istanbul as the majority of other Turkish banks. Today, Turkey has 334 HSBC branches, as well as 335 million HSBC customers. HSBC has 6,631 employees, it is a universal bank. Globally, HSBC has 7,500 branches in 87 countries.

TC Ziraat Bankasi. Year of creation: 1888. Agricultural Bank of the Republic of Turkey, it is the first bank created during the existence of the Ottoman Empire. It is the second largest bank in Turkey.

TEB (Turk Ekonomik Bankasi). Year of creation: 1924. It is created by Mustafa Kemal Ataturk (first president and founder of the Republic of Turkey). Compared to other Turkish banks, it also has subsidiaries abroad, such as Cyprus, the United Kingdom and Paris.

Turkiye Is Bankasi. Year of creation: 1954. At the level of possession of assets, it is the 7th bank of Turkey. Also present in New York, Bahrain, Austria and Germany, there are 744 agencies in Turkey.

But there are also other major Turkish banks such as:

For more information about the world of work, you can find the book « Doing business in Turkey : a guide to success ».